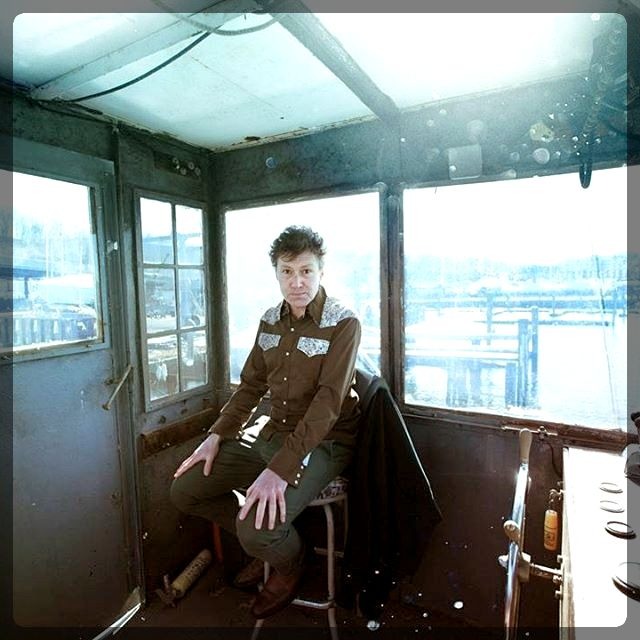 “BEGIN ANYWHERE”… so commands the opening track of “Home Made Compass”, Greg Connors 9th album, and it’s true that any song on this record could stand as its first, last, or centerpiece. This is Greg’s masterpiece. the soundscape is lush melancholy, a color palette Connors has made his own over two plus decades. Full of sand and grit as usual, but Connors seems to have learned a few new tricks since his last LP (2016’s Renovations), and developed a tenderness that doesn’t sacrifice any of the harrowing feel that’s always formed the backbone of Greg’s best work. 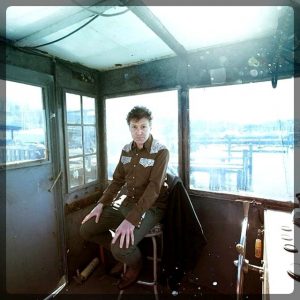 Scott Fragala, who produces as well as playing bass guitar and other instruments, is the perfect foil for these new songs, knowing just how to coax out the intricate heart of the matter in every track. working with a handful of local musicians to fill in the corners, Fragala – who is a deft hand at any genre he turns his attention to (from experimental jazz to straight up rock and roll to hip hop)- knows to play it straight even when Connors is laughing his way through another terror. The result is a mesmerizing blur of genres that coalesce into a sound that is nostalgic maybe but never ever cloying. country, punk, folk, indie rock… whatever, it’s all these things and its own thing. Greg sometimes calls his music “death folk” and that term applied well to his recordings of recent years: lean, tense acoustic tracks about jail and drugs and women and grey grey times gnawing at the edge of suburbia. All these tropes make an appearance here, but the feeling is richer, supple. The tracks shrug off the prior rawness but each song will still lacerate your vitals if you let ’em. And I suggest you let ’em, mister and/or miss.

Take “ARMADILLO” for instance, the 2nd track and one of the last recorded for the autumn-winter sessions that resulted in this album…the title is apt, as Connors sloffs off his armor and offers up another sly confession… Oh sure, the names have been changed and the faces blurred, but we know this is another unflinching self portrait. Greg’s characters all wear his hat, and they all keep drifting around the same waterholes and collapsing apartment courtyards.  “JUST TO BE” is even more direct (there are no stand-ins here), one of Greg’s saddest and most romantic tearjerkers. This song, originally work-titled “Ghostie”, is one of those searing tracks of love and lost & the phantoms who can’t stop haunting their own bird cages. this is one of Connor’s greatest songs period full stop and if he never writes a song as fucking good as this again well I mean what do we expect? Clearly the single (a phrase that applies to almost every song on this album. Have I mentioned the word “masterpiece” yet? Probably. I might mention it again).

BUTTERSCOTCH and “INVISIBLE AUDIENCE” provide a necessary palette cleanser after, pulling the listener up by his bootstraps and then… well, kicking him hard of course. “AUDIENCE” nearly descends into full-on comedy, but that pen drips poison and also you can almost dance to it.  it’s got sneer to spare, my darlings, yes, and leans into its grit-teeth in a manner that’s just so… so… look, I don’t have to know words to describe everything, right? Ok, put it this way: it’s like the Jekyll part of this song is so “tee hee” but at the same time the Hyde part is tearing face skin from bone.  The next track “ONGOING END” seems to be a sequel of sorts: the singer has finished his musical seance and now wanders delirious streets, strumming his guitar in delightfully off-kilter waltz(ish) time… and not bothering to wipe away the mascara streaks his tears have produced, shuffling along in amiable despair. Then comes “RAPTORS”: oh man the lyrics on this, and that feverish feeling. Christ almighty, this song is coming apart at the seams but it holds together as it swaggers down the boardwalk looking for kisses.  then BOOM we made it. Or did we? “CALICO” suggests perhaps not.

Just as you’re ready to climb into a paper hat boat, along comes “TENNESSEE”,  a beautiful ode to doomed angels. This one just creeps along, “something like a circus in a sewer”…  Man, it feels like it dripped from a diary entry (or three), really seething but tender (again, yes)… so let the dire willowy femme fatale phantoms dance around your memories as you drift from town to town, seeking work and love and knowing full well another stretch of tarmac awaits, demands… I was kind of surprised when this song ended, it felt like there was a lot more to say; and this comes from a person who usually notices when a song gets past 3:15, ya know? i could’ve listened to this all day, is what i’m saying, and I’m betting there’s 17 more verses in a back pocket somewhere. at least i hope so.

The album’s concluding track, “BOATYARD” sees Connors reflect back on a lifetime’s songs, stories, adventures, disasters… it’s all here.  Not just on this song. On this entire album. “I’ve lived a life with many seasons,” Greg sings and then… Ugh, why are you still reading this?

– your friend for life until you need me most, Caligula Jr

Caligula Jr writes and reads of and about anything he finds interesting. Preferences include Rock and Roll, things of a feline nature, horror, witches and depravity-twisted and covertly humorous.

He sings and contributes largely to Secret Caves, a delightfully prolific rock band from Seattle. Find them on Soundcloud.

Click this link for a listening sample or purchase:
https://gregconnorsmusic.bandcamp.com/album/home-made-compass